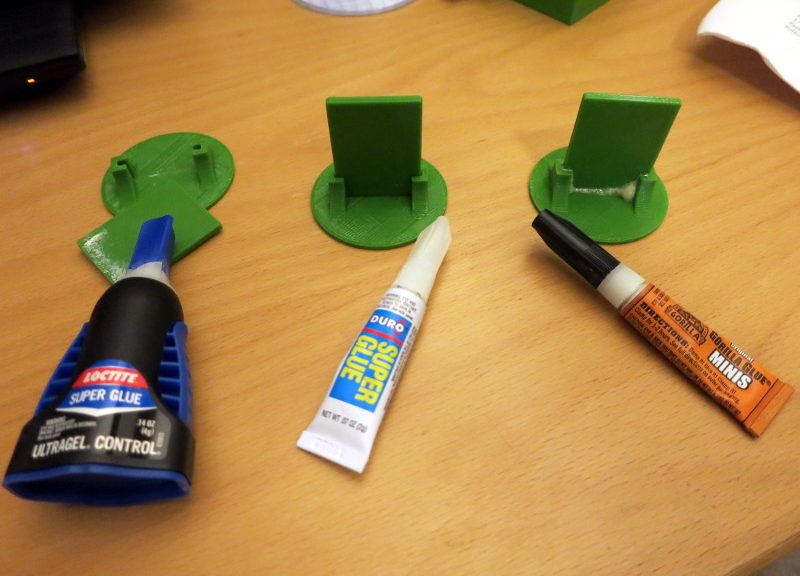 I’ve been having trouble gluing PLA parts together reliably., so I decided to do a brief experiment.

The photo above shows the results of my informal test of these three glues on a PLA joint:

Meanwhile, another technique I’d like to try is Friction Welding, which sounds very promising.

So it looks like for now Super Glue is the glue to use for PLA, but I’m still searching. In particular I’d love to find either a chemist who can say what glues are perfect for PLA, or an ad that claims this glue works great with PLA.

UPDATE: after asking members of our local 3D Printing Meetup what glue they like, I’ve now settled on E6000, which glues slightly rough surfaces, sets up in about an hour, doesn’t discolor the plastic like Super Glue can, dries clear unlike Gorilla glue, and makes a strong, slightly flexible bond.