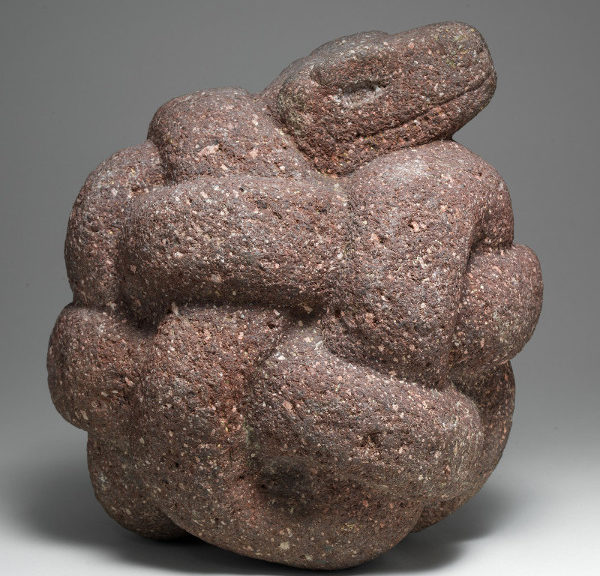 Recently while working on an open source Arduino library (more about that later) I ran into a challenge: how to make the library’s interrupt-related code compile into the Sketch only if the Sketch writer needed it?

TL;DR: You can conditionally compile the functions you need by 1) having the Sketch – and only the Sketch – always #define a unique Macro, defining it as true or false as needed, AND 2) putting the definitions (vs. declarations) of the optional functions in an .h file in the library, conditional on the Sketch’s #defined Macro being true. The rest of this post describes the reasoning behind the design, and details to make it work.

Before I go much further I should point out that much of this work would be unnecessary if Arduino provided an attachInterrupt() for Timer interrupts. So Arduino core folks: how about it?

The library supports two different styles of using it:

It supports both styles because interrupts can be used in a Sketch that has a multi-millisecond loop() that would run too slowly to read data itself, yet using Timer interrupts can interfere with other Arduino functions, such as PWM (Pulse Width Modulation) on certain output pins. In other words, some users will want to use interrupts, while other users won’t.

Unfortunately, as far as I’ve found, Arduino doesn’t support an attachInterrupt() for Timer interrupts. The only way I know of attaching an ISR to a Timer is to do it at compile time, via the ISR() macro.

My First Try, and Why it Didn’t Work

My first inclination was to simply use conditional compilation in the library’s interrupts.cpp file.  Something like the following:

To explain why this approach didn’t work, we need to take a short trip into how the Arduino IDE (really, the gcc C++ toolchain) compiles code: the toolchain conceptually consists of 1) a Preprocessor, 2) a Compiler, and 3) a Linker.

The Preprocessor handles all the lines that begin with #, such as #include, #define, #if, #else, etc. Its input is your Sketch and all the files your Sketch includes. Its output is conceptually a single file, consisting of all the include files and the Sketch file, including or excluding code based on the #if, #ifdef, #else, #elif, and #endif.

The Compiler takes the code that’s output by the Preprocessor and converts it to machine code (often a .o file).

The Linker takes all the compiled .o files and knits them together into a single executable image, that then is downloaded into your Arduino and run.

When Sensor.cpp is Preprocessed and Compiled, the only file that can affect its compilation is sensor.h (and of course all the built in Arduino .h files). Importantly, the Sketch cannot change the code in the sensor.cpp library file. So my first inclination is a bust.

Normally in C++ code (Arduino library code), you declare a class in a .h file, and define the code and variables of that class in a corresponding .cpp file. For example, let’s say that I want to create a Sensor class, declared in sensor.h and defined in sensor.cpp.  Normally, sensor.h contains declarations such as:

Further, your sensor.cpp file normally contains definitions such as:

Your sensor.cpp file can also define global functions, that are not part of a class. For example, an Interrupt Service Routine:

Note: declaration is necessary for any .cpp file that uses a given class; there can (generally) be only one definition of a function or a static class variable in a set of files that are ultimately linked together by the Linker. So the separation of declaration into .h and definition into .cpp works great: everybody who needs to know about sensors does a #include <sensor.h>, and the one definition of sensor functions and static variables happens in sensor.cpp.

The key: the Compiler doesn’t know a .h from a .cpp

So a glimmer of a solution showed itself: I held my nose and put the ISR() into a .h file, interrupts.h, even though it would normally go into a .cpp file. Then I made the ISR() conditional on the Macro USE_INTERRUPTS:

Now I can have the ISR() compile in or not based on the following code in my Sketch:

Next I need to make setupInterrupts() conditionally contain setup code (or not) based on the Sketch’s USE_INTERRUPTS Macro definition. No worries. My sensor.h file contains the declaration of setupInterrupts() as it normally does:

and my interrupts.h file defines setupInterrupts(), in a way similar to the way it defined the ISR():

“Why the #if defined()?” I hear you ask. It happens that the interrupts.h file is included by several files in the library, so the #if defined is there to avoid defining setupInterrupts() for all those other .cpp files in the library (which would cause a link error), and to avoid preprocessor problems around a #if on a macro that isn’t defined (which would cause a Preprocessor error). The simple effect is this: when each library file is compiled, setupInterrupts() is only declared (via the sensor.h file), not defined. The Sketch, by defining USE_INTERRUPTS true, creates the single definition of setupInterrupts that the Linker requires.

A static variable for USE_INTERRUPTS

Lastly, I happened to need a variable that other functions in the library could use – at runtime – to know whether interrupts were being used, and take appropriate action. Recall that those library .cpp files can’t use USE_INTERRUPTS directly, because they can’t see the Sketch’s code. So I added a static variable in the Sensor class:

Then I added the definition of usingInterrupts to interrupts.h, again using a similar pattern to the function definition:

Like the setupInterrupts() function definition, usingInterrupts is defined (vs. declared) only when the Sketch file is compiled.

By the way, this uses another feature/hack in C++: the name of the file has nothing to do with the class functions and variables it defines. So having a Sensor class static variable defined in interrupts.h is not an error.

So the library now has three capabilities:

The code is definitely smelly to C++ purists (and me), but it illustrates how you can use C++ to address some messy situations that can crop up when your Arduino library uses interrupts.