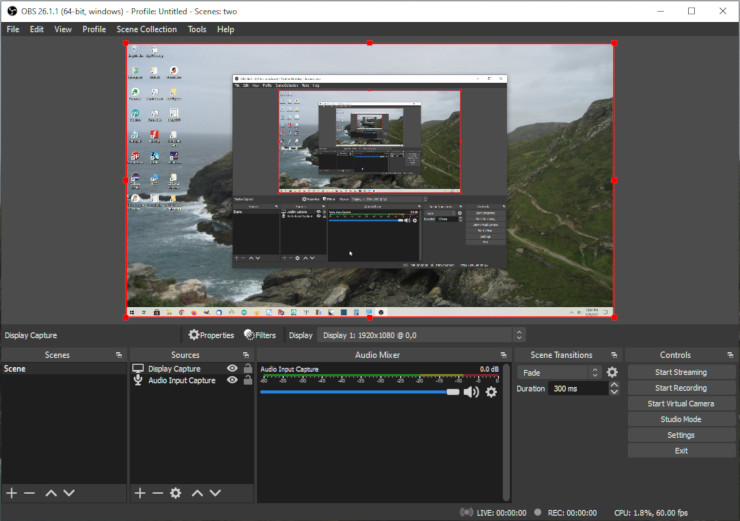 I recently made two FreeCAD tutorial videos. In the making, I learned several handy tips for improving the quality of my screen capture videos.

I’m a big fan of open source software, so when I looked for a video editor a while ago, I chose ShotCut. I’ve been happy with ShotCut ver since: it works perfectly, and has all the features I need for my modest How To videos.

When it came to video screen capture tools, I chose OBS Studio. Technically OBS Studio is for streaming your screen (gaming), but It’s also perfect for screen recordings for tutorials.

For my other videos, I’ve been doing audio on the cheap, recording audio directly from my phone’s internal microphone. I’ll need to revisit that choice someday, but for now it’s working for me.

Meanwhile, for video screen capture, I found my laptop microphone was terrible: noisy, low-volume, and not very directional. So I hauled out a couple of PC microphones I had lying around from literally decades ago. They were all terrible as well. It was time to buy a decent laptop mic.

After a little hunting, I found a highly-rated Fifine USB mic with a cardiod (directional) pickup pattern. It’s a good tradeoff between cost and quality, at about $36 USD. Its maximum volume is lower than I’d like (a good sign, that it was designed by an audio engineer), but its signal-to-noise ratio, at 78 dB, is far better than any laptop mic I’ve used.

To post-process the audio a little, I use my long-term friend, Audacity. I’ve used this audio editor for years, and it’s been perfect for me.

Getting screen capture to work at all

When I first tried OBS Studio to capture a FreeCAD session, I found the drop-down menus weren’t recorded. I found the solution in a How To posting on the OBS Studio site.

The problem is that modern laptops have two graphics adapters, one for Windows and one for gaming, so you have to specify which one OBS Studio should record from.

On my Dell laptop, I opened the Nvidia control panel / 3d settings, selected OBS Studio and set that app to run on Integrated Graphics (which is the Windows Desktop adapter).

After posting my first tutorial video, I immediately heard from one user that it’s hard to follow the tiny, default-sized Windows mouse pointer. When you’re watching a screen capture, you don’t know where the mouse is going next, so it can be hard to find the tiny, default pointer.

You can easily make the mouse pointer larger in Windows 10:

When you’re finished recording, remember to close the Screen Magnifier window, and set the Mouse Size back to 1 (or whatever you like).

Recording audio from your USB microphone

Editing your video’s audio with Audacity

Once you’ve finished capturing your screen capture video with OBS Studio, you can edit that video with ShotCut:

Once you’re finished editing in ShotCut you’ll need to ‘detach’ the audio from each clip into its own track. I like detaching the audio after I’ve done all the video editing, instead of before, so I don’t have to worry as much about sync between the audio and video.

To detach a clip’s audio into a separate track, right-click in the track, then select More… / detach audio.

Now that the audio is in a separate track, you can Export that to a .WAV file:

Once the audio is saved, you can edit it in Audacity:

Once that’s done, you need to replace the audio track in ShotCut with the new audio track:

Once that’s done, you can either continue to edit, or you can export the video (plus audio):